What does Tuanis mean and how to greet in Costa Rica 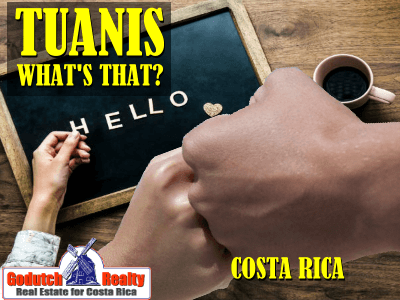 When you live in Costa Rica, you’ll hear the word tuanis quite a bit. You’ll hear tuanis used by the younger population, it’s a “cool” word to use. It’s a word that you wouldn’t use in a business meeting or with your doctor unless you grew up together or are drinking buddies.

Tuanis is a word used mainly by pachucos.  It’s not really the Spanish word you’d want to use when talking to the bank manager or your doctor.

It is street slang.

It’s quite customary to hear used by the young, the lower classes and in beach areas of Costa Rica. There, tuanis is used by surfer dudes, just like the shaka sign.

Tuanis has several meanings. It is used as a greeting, like saying hi or cool. But it also means ok, nice, pleasant, enjoyable. 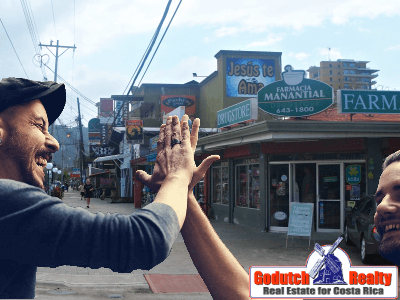 Furris is the exact opposite of tuanis. Furris means horrible.

Me siento furris, me pasé de tragos anoche = I feel horrible, I drank too much last night.

Other ways of greeting

There are much nicer ways of saying hi in Costa Rica

When saying hi from a distance, like saying good morning, without knowing the person or people: Buen día! 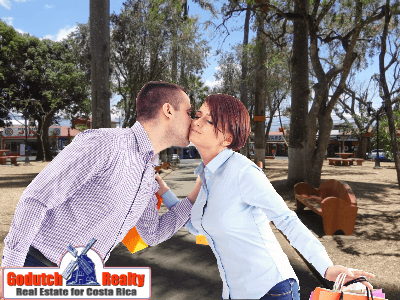 How to greet in Costa Rica

When you meet someone for the first time in a business meeting, you should greet with a handshake, no matter their sex.

When meeting someone for the first time socially, the greeting is different. It depends a great lot on your and the other person’s age. If you’re a grown adult, you can’t get away with saying hola, tuanis! Or hola, pura vida?

Costa Ricans don’t hug unless it is a strong hug between people who know each other well. In that case, the hug is usually an emotive hug. Learn more about kissing in Costa Rica here.

The time of the day

Just like in other languages, there is a difference in the greeting, depending on the time of the day

If someone greets you and asks como está? you can answer as follows:

To learn Spanish, contact Wagner Freer of Spanish School for Residents and Expats, to buy or rent a property in Costa Rica, contact us.

We strongly recommend this language school as your best choice to learn Spanish, click here to contact them. Now also in Green Project Language School, Ojochal.