Is it true that Costa Ricans never say no? 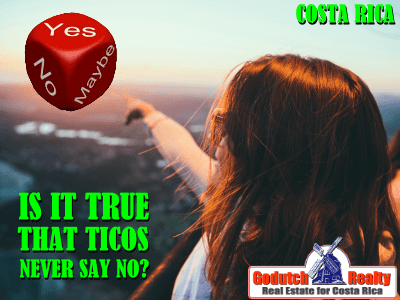 If you compare the Ticos, with their neighbors, the Panamanians and the Nicaraguans (Nicas), they come way ahead in friendliness. If you ask a Tico a question, and he doesn’t know the answer, he won’t say he doesn’t know. He will never say no. Just to be nice to you

Ticos have a different attitude than their neighbors. In my opinion, due to the fact that they never had to really suffer through dictatorship and civil wars. Costa Rica has been in only one war, the civil war. That was the revolution of 1948. It took the fighting parties only 44 days to figure things out between them. I guess one side asked the other side “do you want to fight?” and they had another Imperial (beer). Then the other side asked the same question and the answer was “salud“.

Costa Rica has always had a huge middle class and social unrest has been practically unknown to them. Following the civil war, the army was abolished and the money usually budgeted for an army, was used to build schools, which is what made the Tico the most educated population in Central America. This is what sets them apart from the rest of their continent and why Costa Rica is the happiest country in the world. 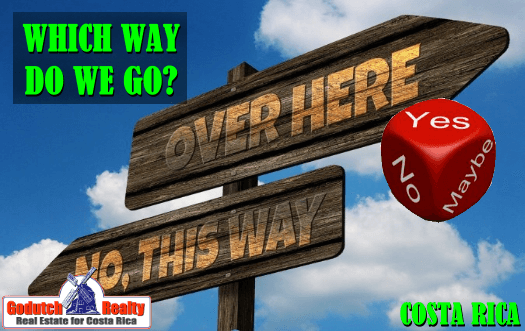 They are just being nice

In my opinion, because Ticos never say no, foreigners like it here. The first expats started moving down to Costa Rica and during the ’70s and 80’s Costa Rica became a retirement haven. This is why they got used to foreigners. Therefore Ticos are generally very socializing and easygoing. “I don’t have a clue” or “beats me” is not in their dictionary. They just never say no!

Ticos are not as direct in their response as we are; they try to be nice about it and will not just say NO like most of us do if they don’t know or can’t deliver. Even if it has to be a wrong answer. 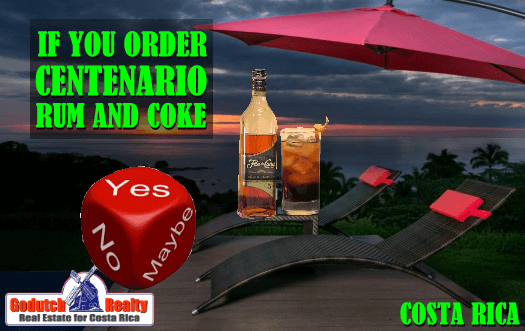 Samples of never say no 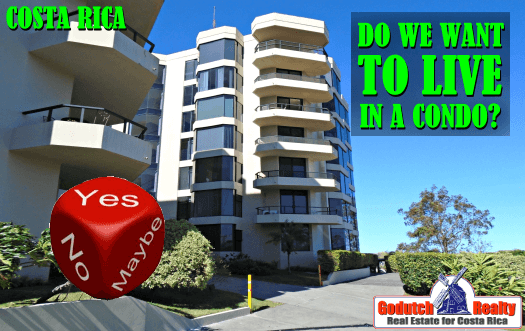 Your GoDutch Realty agents will help you get used to situations like the above. Is this a reason good enough that you can make your real estate purchase through us? If you don’t mind that our agent can say no, contact us NOW.